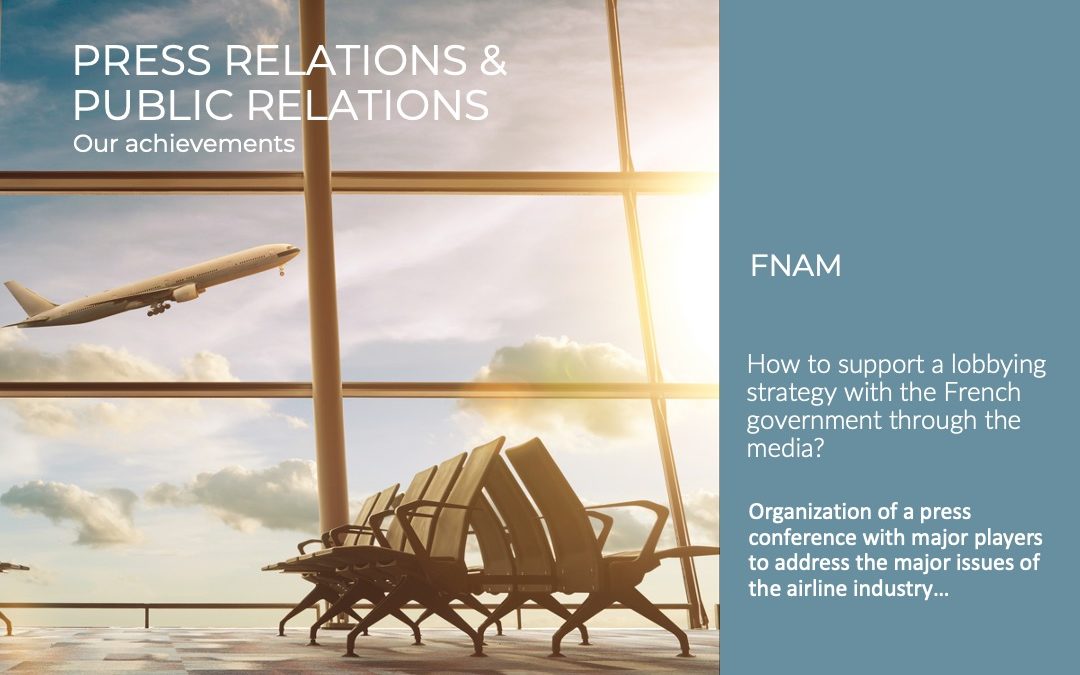 HOW TO GENERATE MEDIA VISIBILITY ON AN INSTITUTIONAL SUBJECT AND SUPPORT A LOBBYING STRATEGY WITH THE FRENCH GOVERNMENT THROUGH THE MEDIA?

Organizing a press conference in the presence of the president of FNAM and the CEOs of French airline members of FNAM (Air France, Corsair, Air Caraïbes & French Bee) to assess the situation of air transport in France, to present FNAM’s requests for support to the government and to explain the sector’s roadmap in its environmental transition. Fnam also took the opportunity to unveil its new name, logos and website.

Organization of a press conference in a hybrid format with a selection of journalists in charge of air sector themes from general public medias, specialized and trade, participating in person or by videoconference. 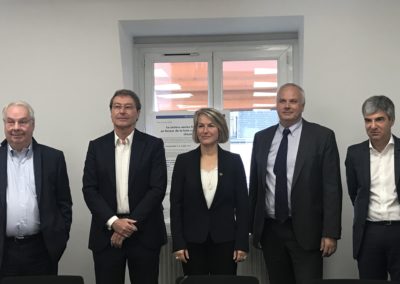 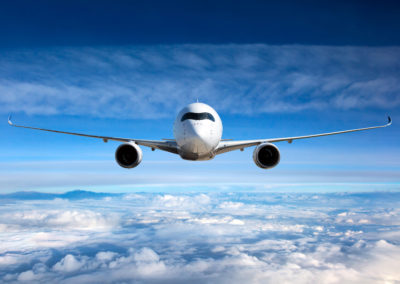