GroupExpression has been taking care of Korean Air press relations since 2017.
Continuously watching the latest news related to the airline industry and the company’s key destinations, the GroupExpression teams are in charge of creating and distributing tailor-made content to French journalists. Thanks to our increased knowledge of the media landscape in the French market, each year we imagine a new PR strategy adapted to the needs of the company. In particular, we organize speeches in different formats (press conferences, interviews …), press trips (Pan-European) in collaboration with our partner agencies in the United Kingdom and Germany. We also coordinate the presence of our client at trade fairs and general public travel shows. 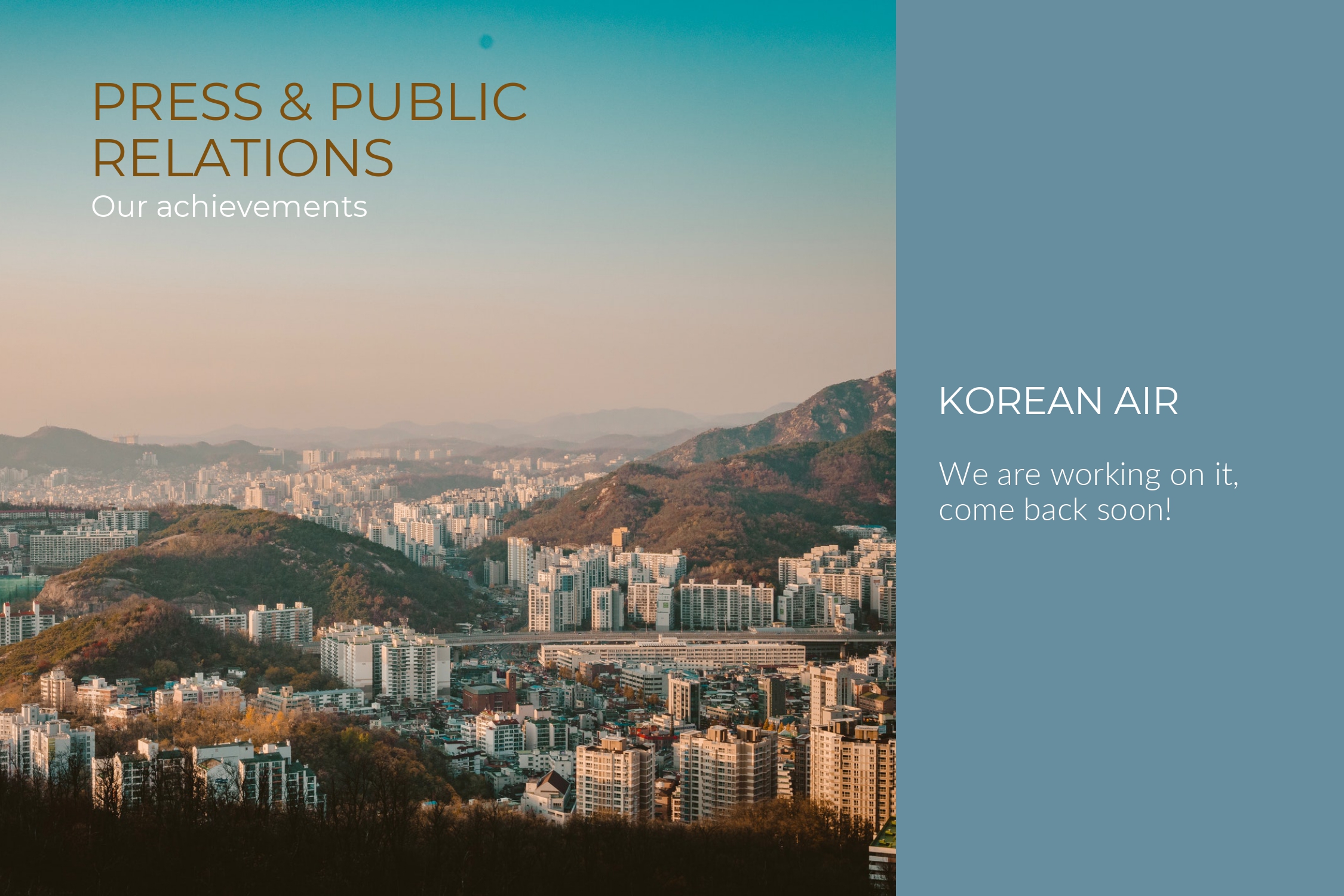 The national airline of South-Korea

Korean Air is one of the 20 largest airlines in the world with 27 million passengers carried in 2019. It operates more than 460 flights per day to 123 destinations in 43 countries on 5 continents, with a fleet of 166 aircraft. Korean Air is one of the 4 founding members of the SkyTeam global airline alliance which, with its 19 members, offers its 676 million annual passengers more than 15,445 daily flights to 1,036 destinations in 170 countries. Korean Air was awarded for its on-board gastronomy offering consisting of Korean and Western dishes. In 2019, Korean Air celebrated its 50th anniversary. The company is dedicated to providing excellence in flight and to being a respected leader in the global airline community.