The 5 * Hotel Althoff Villa Belrose chose to entrust the management of its press and public relations to GroupExpression in 2015, then its social media and influence strategy in 2017. The hotel division teams define and deploy a communication plan each season on -measure to promote the hotel to the press and French influencers. The hotel teams also called on the digital team of GroupExpression to define and deploy their Instagram strategy. We therefore carried out a training mission on tools and the creation of appropriate communication to support and promote the hotel’s influence campaigns. 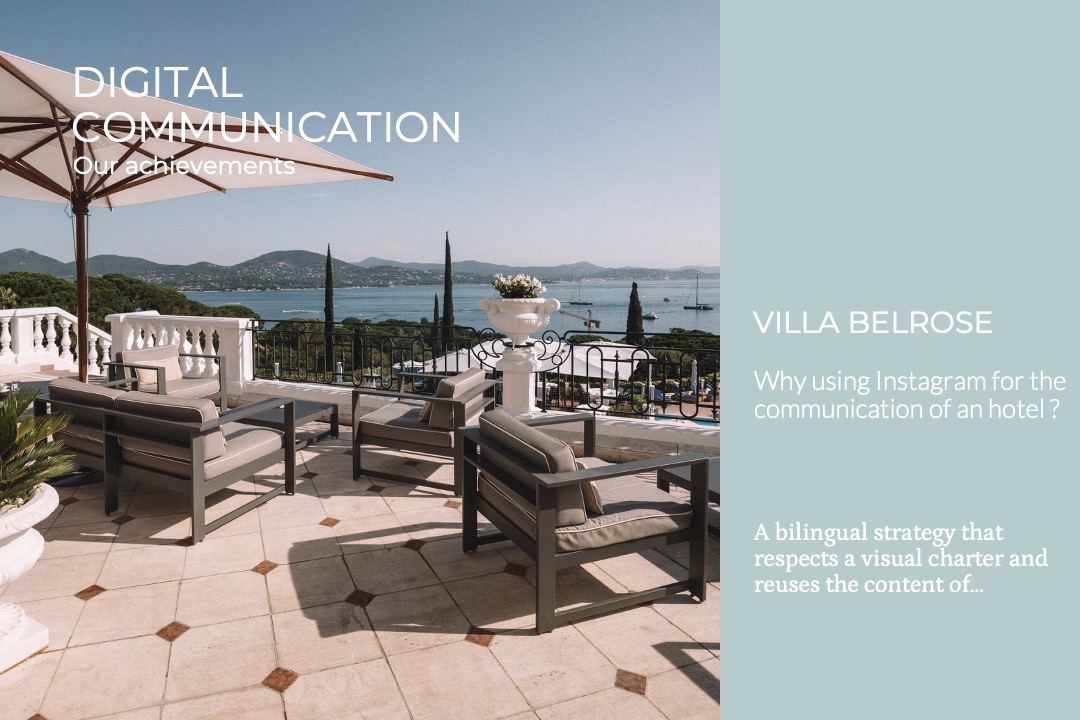 Althoff Hotel Villa Belrose, the discreet and refined 5 * establishment to admire the bay of Saint-Tropez

Between sky and sea, Villa Belrose, a 5 * hotel member of Small Luxury Hotels of the World, offers its elegant silhouette on the azure horizon of the Gulf of Saint-Tropez. In the natural territory of Gassin, where the umbrella pines abound, the Villa Belrose, of Florentine inspiration, declines its yellow mimosa facades, its immaculate balustrades and its terraces in espaliers on an area of 7000m2. The establishment offers 40 rooms and suites, a gourmet restaurant, a bar, a large swimming pool, a second pool, a beauty center … and above all one of the most beautiful panoramic views over the bay of Saint-Tropez.