Media and Influence relations for Air Austral in mainland France

Since 2014, GroupExpression is promoting Air Austral, the flagship airline in the Indian Ocean, in its press and influencer relations in mainland France.
Our airline dedicated team conveys key company information by creating dedicated media content, arranges speaking engagements with national and professional media, as well as press and influence trips. We also organize B2C activations in partnership with media and aimed at the general public, such as contests. We develop a yearly tailor-made strategy in order to promote the airline and its key destinations. 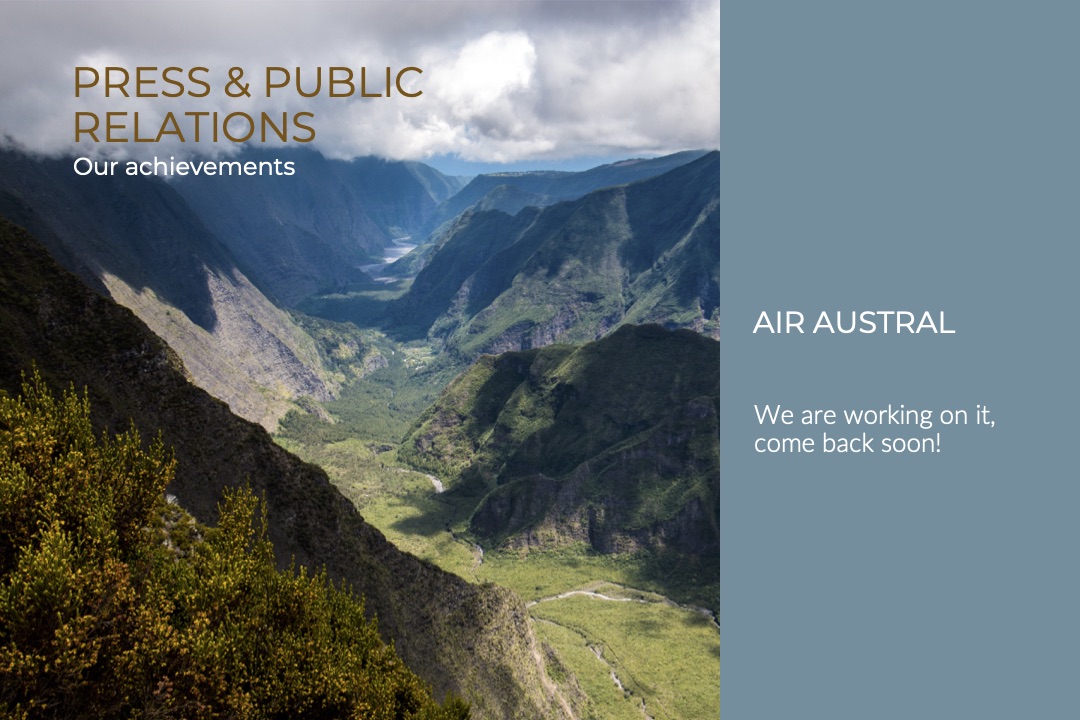 The French Airline created and based in La Réunion

The Reunion-based French airline Air Austral is positioned as the leading airline in the Indian Ocean. In addition to flights from mainland France (Paris and Marseille) to St-Denis de La Réunion (French Overseas department), it is the only airline to operate direct flights between mainland France and Mayotte (another French overseas department). Its large network offers the opportunity to travel to Mauritius, the Comoros, Madagascar, Rodrigues, the Seychelles or even South Africa from Reunion Island. Its brand-new Boeing 777 and Boeing 787 provide access to modern Business, Premium Economy and Economy cabins, acclaimed for their comfort.