A destination still little known by the French travellers, the island of Saint Helena chose to rely on the expertise of GroupExpression for its brand launch on the French market. Since 2018, and in anticipation of the commemorations of the bicentenary of Napoleon’s death scheduled for May 2021, our team has been supporting the island of Saint Helena both in trade and in press relations. Our team’s mission is to introduce this “new” destination to tour operators, to support them in the development of their production but also to train professionals, particularly through e-learning and webinars. A press and public relations campaign re-enforces the work done with the travel trade. The agency also represents Saint Helena with the Imperial City association. 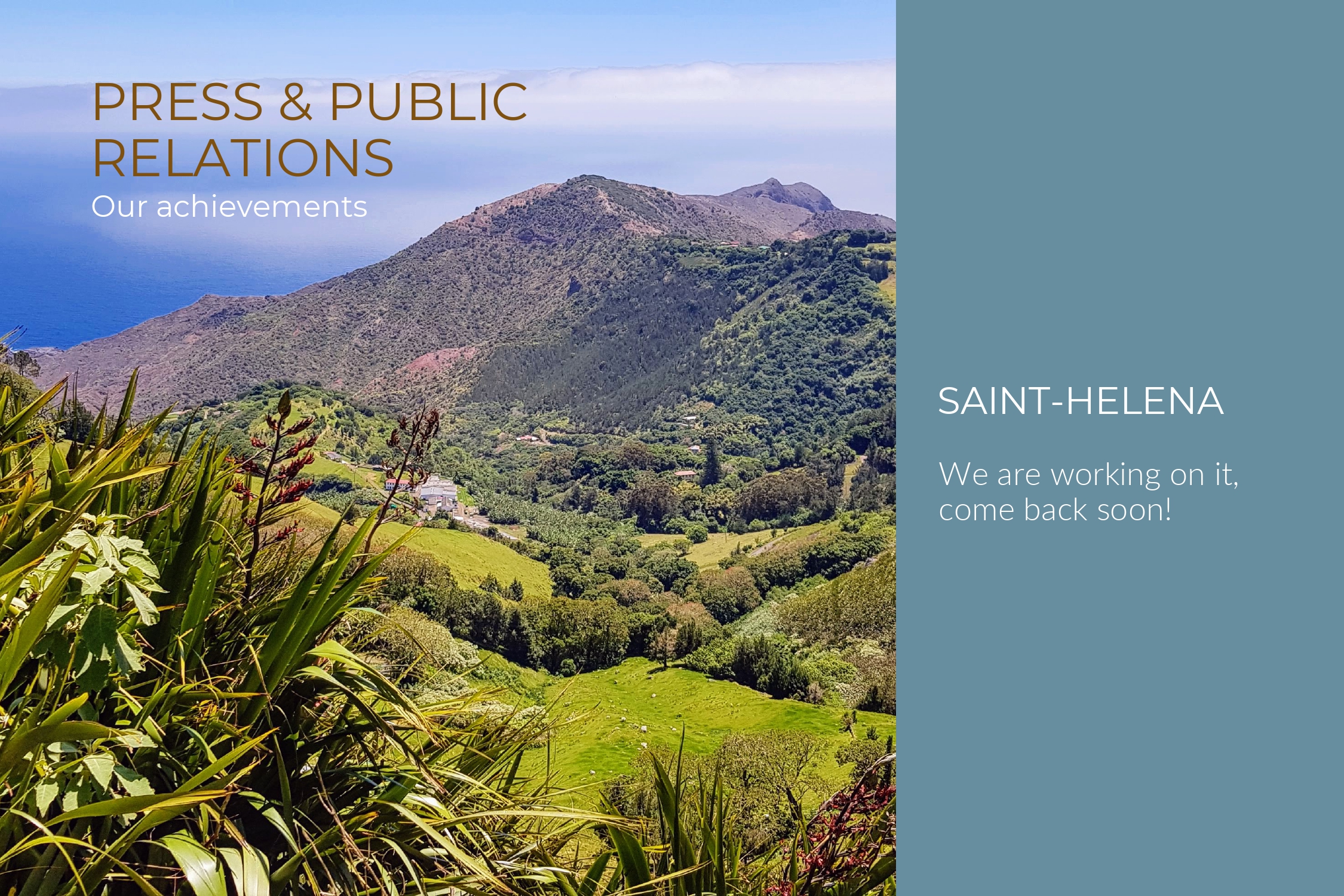 Island where Napoleon was in exile, in the heart of the South Atlantic

Located halfway between the African continent and Brazil, in the heart of the southern Atlantic Ocean, the island of Saint Helena is a must! Accessible once or twice a week depending on the season via South Africa, Saint Helena is a tourist destination under construction wishing to become a paradise for adventurers looking for exclusivity! If Saint Helena naturally evokes the Emperor Napoleon, exiled by the British, who breathed his last there, it has much more to offer. In the heart of the South Atlantic, this off-the-beaten-track island offers unique biodiversity in the world. There are many hiking opportunities – between lush green valleys and high, craggy peaks including Mount Pleasant. As for the seabed, they beg to be discovered! Not to mention the sites linked to the Emperor which are obviously « must-see » on the island which will commemorate the bicentenary of the death in May 2021.