Media and Influence relations for Atlantic Airways in France

Since 2019, the airline department of GroupExpression has represented the national airline of the Faroe Islands, Atlantic Airways, to French media and influencers. The Faroese company called on the expertise of our PR and Digital teams to promote the launch of the very first direct flight between Paris-CDG and Vágar airport on the archipelago. GroupExpression orchestrated the entire press and public relations campaign in France for this launch, but also generated interviews with the economic and national press. The team supported and accompanied the company’s actions during major industry events such as the Paris Air-show of Le Bourget, organized press and influencer events in France, coordinated press and influencer trips, organized and coordinated the visit of Faroese delegations to France, promoted the destination in partnership with the local Tourist Office. 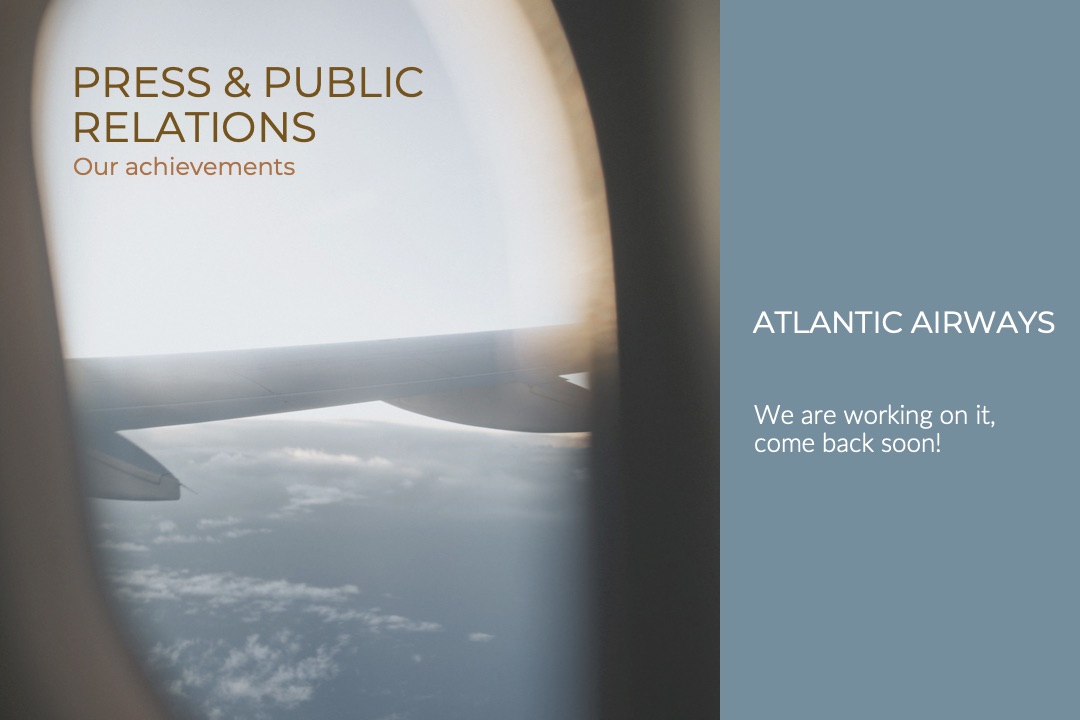 The Airline of the Faroe Islands

Founded on March 28, 1988 at Vágar Airport, Atlantic Airways has been the national airline of the Faroe Islands for 30 years, an archipelago located in the North Atlantic between Iceland and Norway, autonomous from the Kingdom of Denmark. Today it operates one of the youngest fleets in Europe, consisting of 1 A319-115, 1 A319-112, 1 A320-214 and 2 Leonardo AW139 helicopters and provides regular service between the Faroe Islands and various cities from Denmark and neighboring countries (Scotland, Iceland and Norway) all year round.
Since July 1, 2019, Atlantic Airways operates a direct flight between Paris-CDG and Vágar on the Faroe Islands with 3 frequencies per week in summer and 2 per week in winter.