GroupExpression has been Air Madagascar’s press relations agency in France since 2017. We ensure the production and distribution of tailor-made content to key French media. We coordinate press trips but also the production of reports for national television, highlighting the airline and its key destinations. We prepare tailor-made plans and strategies to promote the company’s key messages to French media throughout the year. 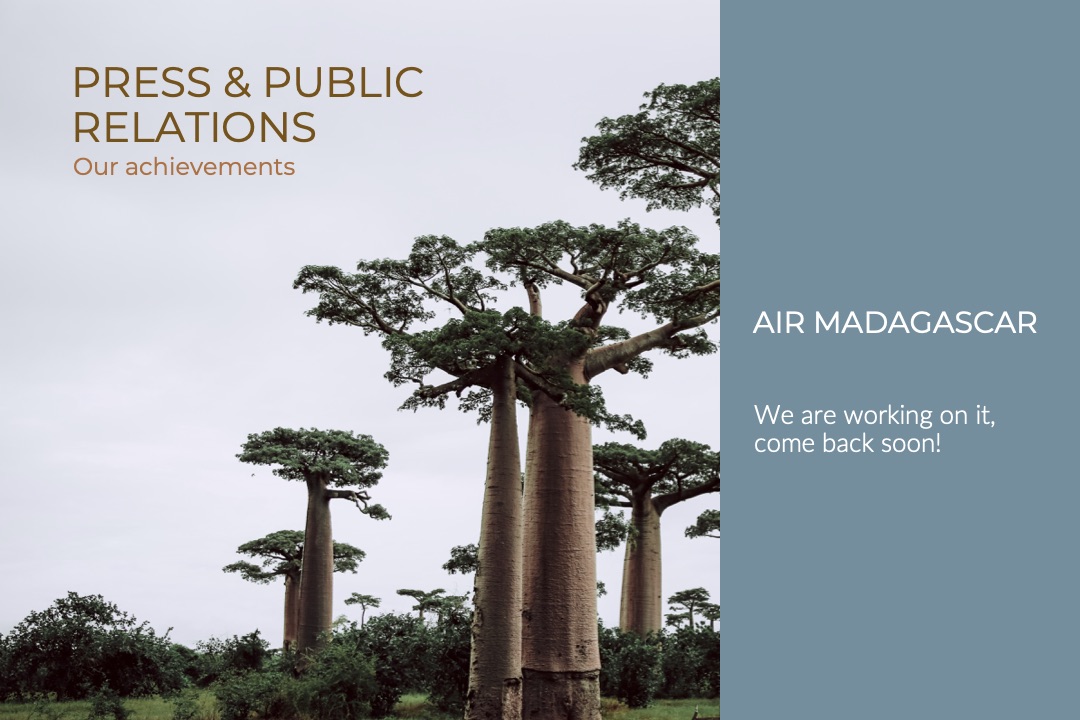 The Airline of Madagascar

A key figure in air transport in the Indian Ocean region, Air Madagascar offers extensive connectivity in codeshare with its partners via Antananarivo. Thanks to the partnership with Air Mauritius, the destination Mauritius is thus served up to 6 weekly flights between Antananarivo and Port-Louis. La Réunion is also served daily between Antananarivo and Saint-Denis jointly with Air Austral. Madagascar is an essential territory in the Indian Ocean which enjoys significant attractiveness, international notoriety and represents a potential reservoir of additional traffic. In addition, Air Madagascar is a large airline with considerable local strengths.