GroupExpression has been representing the Greek AEGEAN AIRLINES in French-speaking European markets (France, French-speaking part of Belgium and Switzerland) since 2017 towards the media and influencers. We ensure all content production, events and partnerships in order to boost the airline brand awareness and promote its news and developments towards the journalists and influencers. We define the PR and influence strategy specifically for our markets in coordination with senior management and organize press and influencer trips to allow them to discover the experience of traveling with Aegean Airlines. 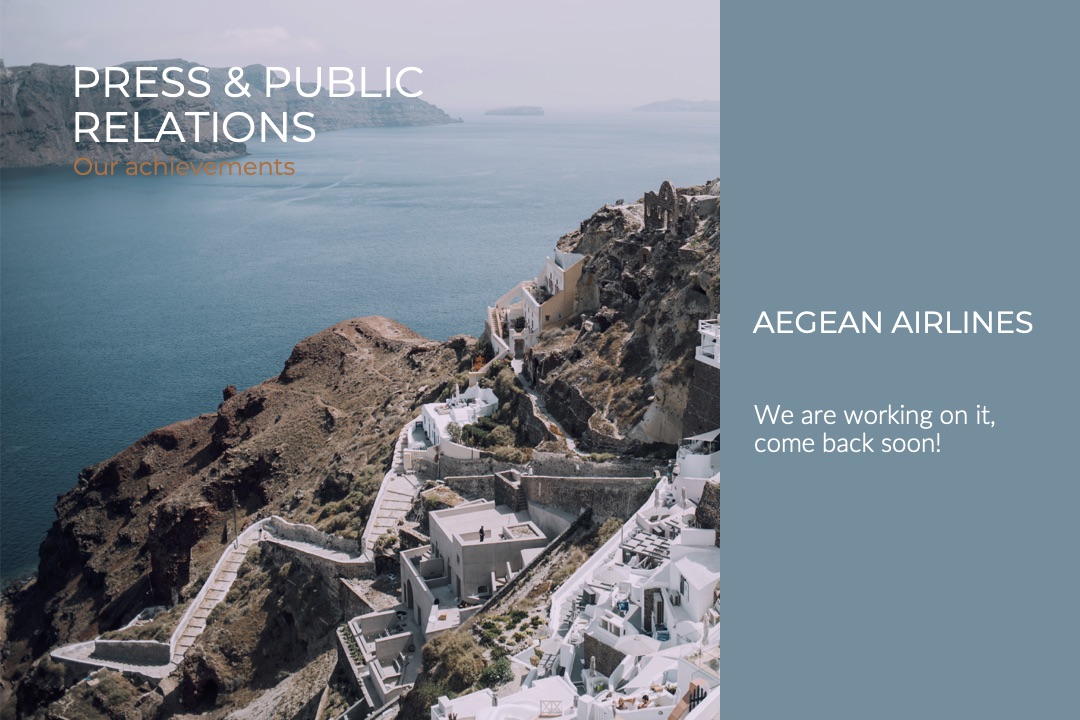 Aegean Airlines is the specialist airline for Greece, member of Star Alliance. Since its creation in 1999, it has offered quality “all-inclusive” service to its passengers. Thanks to the acquisition of Olympic Air in 2013, Aegean Airlines serves numerous destinations in Greece with optimal connections to the Greek Islands, through its Hub at Athens International Airport.
Aegean Airlines was awarded for the 9th consecutive year in 2019 by Skytrax World Airline as “Best regional airline in Europe”. It was also voted 5th among the 20 best airlines in the world by Conde Nast Traveler. Readers particularly praised the professionalism and cordiality of the crew, as well as their prospects for development in the years to come.
In 2021, the airline will further strengthen the service to Greece, in launching 5 new routes from France among others. Aegean Airlines plans to support the recovery of the tourism industry by once again serving 8 French airports (Paris, Lyon, Marseille, Bordeaux, Toulouse, Nantes, Brest, Deauville) to 7 Greek destinations: Athens, Thessaloniki, Heraklion, Rhodes, Santorini, Mykonos and Corfu. The airline will operate 17 different routes, going up to 40 flights per week .
In total, across its entire network, the airline will offer 65 international scheduled routes as well as 50 additional dedicated charter flights, bringing the total number of direct flights to the most popular Greek island destinations to over 100.